Paul Stamets on 6 ways mushrooms can save the world | Video on TED.com

Paul Stamets on 6 ways mushrooms can save the world Video on TED.com
Posted by Saltash Environmental Action at 01:18 0 comments

This group were featured on R4 yesterday and how inspirational!

If like me you have still have beetroots growing in your garden, allotment or window box, and are not sure what to do with them, try these little beauties. they are deliciously moreish and contain one of your five a day so they must be good for you, right? 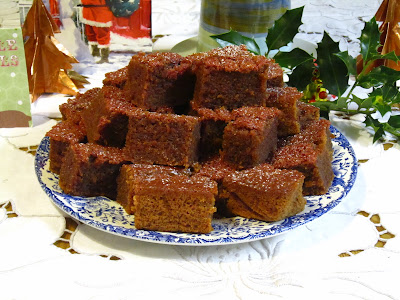 Step 2
Whisk together the sugar and eggs, then pour in the melted chocolate and butter

Step 3
Fold in the flour and then mix in the beetroot.

Step 4
Pour mixture into a lined tin and bake for about 30 mins, or until a skewer comes out just a little bit sticky (they are brownies after all)

I also just wanted to share with you some Christmas presents I wrapped using paper and tags made at the recent Handmade Christmas event. 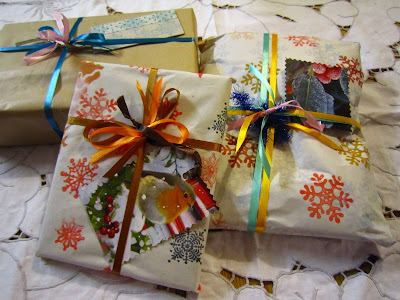 Have a great Christmas everyone.

Is the Climate Changing? And if so, What can we do about it?

Few experts dispute that over millions of years, Planet Earth goes in cycles, from very hot times [when there is so much carbon dioxide in the atmosphere that it acts like greenhouse-glass, in preventing heat from escaping from the Earth so that the Planet warms up], and Ice Ages [when there is too little carbon dioxide, and all the heat escapes into space]. In both the hot times and the cold times, life on earth becomes extremely difficult. We Humans need the in-between times, when there is a small amount of Greenhouse Effect, but not a lot. The trouble is, we have been putting more and more carbon dioxide into the atmosphere and thus causing the greenhouse effect to increase and increase. The atmosphere is changing rapidly – far more rapidly than ever in the past: and the only logical explanation is that this is due to Man’s activities.

Trees and plants absorb carbon dioxide, and store it when they die. This is excellent if you don’t want the greenhouse effect. But unfortunately, the biggest forests in the world, the Tropical Rain Forests, are being cut or burnt down terribly fast, which is a disaster. When trees are burnt, and particularly when coal, gas and petrol are burnt [which come from ancient fossilised trees], they release into the atmosphere the carbon dioxide stored in them, which is precisely what we don’t want to happen. Since the industrial revolution, huge amounts of fossil fuels have been burnt, all pouring out carbon dioxide – and this has increased exponentially recently, and is still increasing, in spite of all the efforts of the Climate Change Summits.

Once Global Warming starts, it accelerates. A lot of heat and light is reflected back into space by the brilliantly white Polar Ice Caps. But when these start melting, as they are doing, vast areas of white ice turn into dark-coloured sea, which instead of reflecting, absorbs the heat, thus increasing the whole Global Warming process. Glaciers in the big mountain ranges are also retreating, which will have the same effect – and the more the ice melts, the more sea level will rise, flooding low-lying areas and islands, forcing people to migrate elsewhere, leading to overpopulation, and all the problems that brings.

So what should we be doing about this, if we don’t want our planet to warm up to the extent that life as we know it becomes impossible? The first thing is to stop cutting trees down – every time we use paper or cardboard or anything that is made from cut-down trees, we are paying someone to cut down a tree. But every time we reuse or recycle paper and cardboard, we are saving further trees from being cut down.

The second thing that needs to be done is to stop burning fossil fuels. We are in fact running out of fossil fuels anyway, so sooner or later, we are going to be faced with the problem of how to power our lifestyle without them! This gives us two overwhelming reasons for reducing our consumption of them. Saltash is what is a known as a Transition Town, because we as a community, areaddressing these twin realities of Resource Depletion and Climate Change. Sooner or later we are going to have to learn to use other kinds of energy, renewable ones like Solar Power [from the sun] and Wind Power, Wave Power, Hydroelectric Power etc. And the sooner the better! If you install Photovoltaic Panels that turn Solar Power into electricity, you get paid a lot of money by the government for all the energy you generate, giving an excellent income for the capital investment. The payments are guaranteed for 25 years, too. It’s a real bonanza – so long as the panels belong to you, and not a “We’ll do it for you free” company! My neighbour and I have both just installed them, and we’re absolutely thrilled with the amount we’re earning from them – and the amount of carbon we’re saving!

Another thing that we can all do to help, is to reduce the amount of electricity that we use, by for example turning electrical items off rather than leaving them on standby, reducing the energy we use to heat our houses by increasing insulation and reducing draughts. We need to recycle everything possible, since everything new that we buy has had to be made first, using a lot of energy in the process. You may have seen my “Ten Top Tips” document, which gives more ideas – and as well as helping the environment, it saves you money too! But these are only the tip of the iceberg. For further information, see the "Low Impact Living" document [and my Solar Panels Doc] at either http://seasaltash.blogspot.com/ or http://www.seasaltash.org.uk

People get confused about the term Global Warming, but a better phrase is Climate Change, because although in general the world is heating up, this does not happen uniformly. The British Isles is bathed in a warm current called the Gulf Stream, which keeps our climate far warmer than it should be. This was brought home to me when I looked at the photographs of the island of South Georgia, that my late husband had taken on his trip to Antarctica with the Navy. South Georgia is about the same distance from the South Pole, as England is from the North Pole, and so should theoretically have about the same climate. But South Georgia has permanent glaciers, and is snow-covered all year round! Thank God for the life-giving warmth of the Gulf Stream which keeps Britain so much warmer than she should be for her latitude – and Heaven help us if Climate Change results in a serious weakening of the Gulf Stream, which some Climate Models have predicted. The permanent ice of Greenland is not far away – it lies no further north than the Shetland Islands!

The reason why we’re having such cold winters at the moment could be just natural variation – but it can be seen from the above, that it could also be due to Climate Change! Another problem is that the predicted changes are thought likely to cause the climate to become more unstable, and many experts link the spate of recent weather-related disasters worldwide to Climate Change.